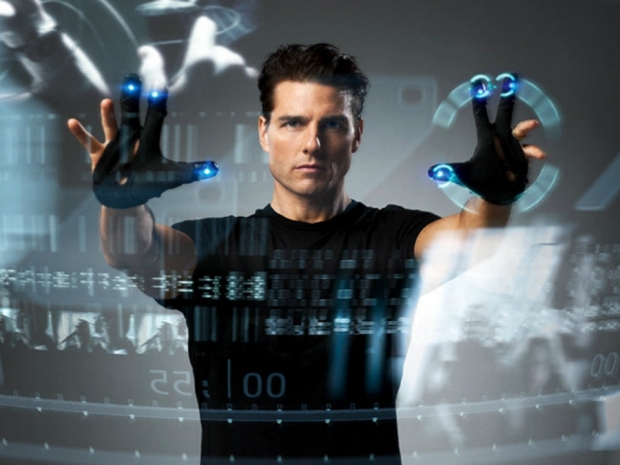 A much needed interface for virtual environments

Recently, a New York-based startup has emerged from the shadows and promises to give virtual reality (VR) and augmented reality (AR) users a much more natural alternative controller interface for their new headset toys than the proprietary ones emerging with each new device.

In the film Minority Report (2002), actor Tom Cruise uses new innovative technologies from the year 2054, including augmented reality gloves that allow him to wireless interact with a computer display using the tips of his fingers.

Now, the aforementioned company, called Palm Labs, is currently in the process of developing a haptic glove for VR and AR that responds to the form and shape of objects.

"I’m the founder of a new company called Palm Labs. We are developing a haptic glove for VR/AR that responds to the form and shape of objects. We’ve also built out the technology into a vest form, so you can push against walls or deflect a lightsaber.

Yes, we’re huge sci-fi nerds. Yes, we are trying to make the haptic systems from Ready Player One. Yes, we have prototypes, and they work. No, they won’t work with your current games, but they will allow for new types of game interactions that don’t exist yet. We’ll have an SDK for Unity first and support for Unreal Engine at a later date."

Oblong Industries began the glove-based interface trend in 2008 with its “G-Speak spatial operating” environment using gesture navigation. The platform was able to track finger and hand motion to 0.1 millimeters at 100Hz and supported multiple users, including input from keyboards and mice. In fact, the Minority Report computer was actually based off the company’s early designs. Massachusetts Institute of Technology was also a contender in this space back in 2010 using equipment that cost two student engineers less than $100 to create. The interface allowed them to zoom in and out, manipulate a map and navigate an object-oriented interface by simply waving their hands in the air. In 2012, Google filed a patent for a “smart glove design” featuring a glove packed with fingertip cameras, a compass, gyroscopes, accelerometers, and finger-embedded motion detectors.

Perhaps one of our biggest criticisms of current virtual reality (VR) environments are the controllers that differ from product to product. For example, the HTC Vive Pre uses rounded wand controllers that very much remind us of Nintendo’s Wii nunchuks. Often times with Nintendo’s controllers, 3D tracking would become misaligned, resulting in the need to recalibrate and even move the Wii sensor bar to a higher or lower position. While the Vive Pre’s wand controllers are nowhere near as primitive, they still presented us with a few challenges related to grabbing and twisting objects, pushing small virtual buttons, and opening drawers. We are very much looking forward to a glove-based controller design that is more compatible with existing products, and if the company can somehow get an agreement with Oculus and HTC, this could be a real game changer as virtual reality units are expected to begin mainstream consumer adoption starting next quarter.

The founder of Palm Labs says the company can’t share its VR and AR glove interface design with the public just yet, but it will be revealed in due time.

Last modified on 28 January 2016
Rate this item
(0 votes)
Tagged under
More in this category: « Apple Watch 2 enters production in Q2 2016 FCC now lets Americans use their own cable set-top boxes »
back to top